Our Adoption Journey (Part One) — A Seed Planted by Kaycee Owens

Our Adoption Journey — A Seed Planted  By Kaycee Owens 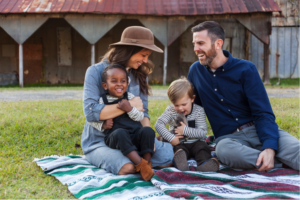 “The place God calls you to is the place where your deep gladness and the world’s deep hunger meet.”

Just as I love the changing of seasons, I am so thankful for the changing of years. As one prone to error, I agree wholeheartedly with Anne Shirley when she rejoices that “tomorrow is a new day with no mistakes in it yet.”  A new year provides an even larger scale ‘clean slate’. I devote ample time in late December to create vision and resolve for the upcoming year. And as I look forward with resolution and intention, the new year also causes me to look back  — to reflect on God’s faithfulness and recognize evidence of His grace in my life.

The year of 2017 brought glorious changes and unexpected challenges to our family. Having been in the adoption process for nearly six years, we were finally able to bring our long-awaited and hoped-for son home! The fulfillment of his homecoming has conjured up a reservoir of sentiment and gratitude for our adoption story, for how God brought us here, and for his sovereign timing in it all.

The seed of adoption was sown over ten years ago. It was June of  2007 and I was to be married in August to my future husband. Despite wedding planning and home preparing, I got on a plane to South Africa to serve in an AIDS orphanage, a trip I signed up for months before we were engaged. It was hard to leave my soon-to-be husband and a challenge to know I was putting off weeks of my to-do list. But, by God’s grace and wisdom, I chose to be obedient to what the Lord had put before me.

As anyone who graces her soil, I fell in love with South African culture and people. My team and I were honored to be in a house full of precious children, whose parents were either dead or dying from unmet medical needs. I remember playing with those children, laughing with them, and holding them tight with all the love I had in me. I remember thinking, I could be a mom to these kids. I could love them as my children. I remember wondering, why do I think that my future kids need to look like me? It wasn’t a thought I dwelt on or even spoke aloud, but it was there, ever present below the surface of my awareness, a seed planted. 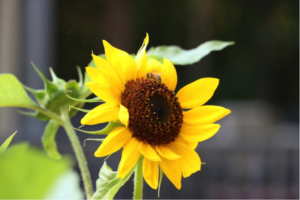 As the years went on, the concept of adoption never evolved. I placed it in this abstract, chronological timeline of “one future day”. Jesus gave us the mandate to care for the orphan, so once we had “our own” children, we would gladly follow that command. That’s how I rationalized it, at least.

But “our own” children never came.

When the idea of infertility started to become a real thought in our minds, my husband and I moved to Louisville, Kentucky to attend seminary there. We were suddenly thrust into an unfamiliar culture, finding jobs, studying for Greek Syntax, and desperately trying to create a sense of community. It was a whirlwind season of faith stepping, frugal living, and and daily surrendering because we had no certainty of what the future held.

That November, we bit the bullet and spent a precious $30 for concert tickets to see one of our favorite musicians, Andrew Peterson. We knew it would be a life-giving experience and worth the money. What we didn’t know was that the concert doubled as a fundraiser for adoptive families. Through testimony and video, we were bombarded with faces of orphans around the world — pictures of children that had names and stories and needed families. Until that night, we hadn’t realized our deep longing to be parents or our heart’s capacity for compassion for God’s children no matter their location. We didn’t know that the future, “one-day” call to adopt would come so soon.

That moment in the orphanage returned to me. Why do I think my future kids need to look like me? God used that still small voice from nearly six years earlier to open my eyes to His present calling. Here before me were photos of children that needed a home. Here in me was a heart that longed to be a mother.

We had no money. We had no plans. But we knew that we must follow the Giver of all good things and so we stepped out in faith and obedience to adopt our first child. 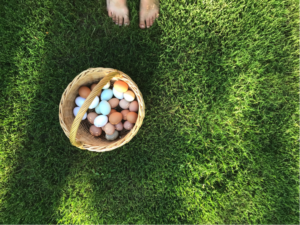 ACT 2 Podcast by Choosing Him Ministries with Tecia Janes and Andra Pape
October 19, 2021

Do you Call Upon the Lord? by Kristie Washington
October 5, 2021

Don’t miss The Gathering by Choosing Him Ministries coming to you soon!
September 28, 2021