What do you do when the things that you thought you would have achieved haven’t come to pass? Maybe you had big dreams; a burning desire to fulfill a lifetime goal, or maybe you’re at the point where you’re saying “there has to be more to life than work, kids, cooking dinner, washing dishes, and laundry.” Maybe you’re secretly saying “I was created for more than this.”

Wouldn’t it be great if everything we desired happened immediately and we didn’t have to struggle or suffer any failure? What if we were innately confident in everything we did; never coming in last place, never having to work hard, and never having to hear those dreaded words used by every coach, teacher and parent “practice makes perfect”.

If that was our lives, we would probably have enormous success in everything we did. We’d have medals, certificates and trophies galore, but we would have no internal fortitude simply because failure brings about humility, persistence, and character. We are strengthened when we have to persist, especially under difficult circumstances. It is in those times when we have to work at a specific task that we learn what we are made of; and there’s definitely a sense of pride when we accomplish something, we thought we couldn’t.

What about the mundane day-to-day tasks that we all have to perform in our lives? Do we gage our performance on how big the task is or who’s going to see us do it? Would we serve with the same fervor at cutting up fruit for a weeknight dinner at church or washing the plates and utensils in the kitchen as we would in a leadership role, or in a capacity that is highly visible to everyone? The funny thing is though, it’s unusual to attain a position of leadership and visibility without first tending sheep. 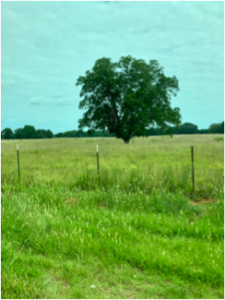 In pre-modern days, tending sheep was seen as the lowliest of jobs. Shepherds lived apart from society and were often a youth, the younger sons, or elder who couldn’t help much with harder labor. The shepherds main job was to look out for the safety and well-being of the flock and to protect them from predators. Sound familiar? Our Heavenly Father, the Good Shepherd does the same for us.

Shepherds were not seen as individuals of great influence. They were not seen as glamorous or dynamic. It definitely wasn’t a position one would aspire to. It was smelly, lonely, mundanely repetitive, and had no room for advancement. So how could such a lowly position have produced such great men and women of God?

“Now go and say to my servant David, ‘This is what the Lord of Heaven’s Armies has declared: I took you from tending sheep in the pasture and selected you to be the leader of my people Israel, I have been with you wherever you have gone, and I have destroyed all your enemies before your eyes. Now I will make your name famous as anyone who has ever lived on earth.”

If we remember, David tended sheep; but while doing so was being prepared to be king. And then there’s Moses; he went from tending flock for his father-in-law to being called by God to lead the Israelites to the promise land. Or what about Ruth; she was a poor widow and foreigner gleaning kernels from the barley harvest one day, and the next was part of the family line of both David and Jesus. And perhaps the most wonderful example of small beginnings was Mary; a teenager who through immaculate conception, gave birth to what would become our Lord and savior Jesus Christ.

In every example mentioned they all have one thing in common; a small beginning. No one could have told either any them that their life would be changed so extravagantly or that the life they thought they’d have would be the life they came to know. Another similarity was that they were all obedient in the small things, which unbeknownst to them, ultimately opened the door for big things. What a blessing that they didn’t do what I often do; which is to let their feelings dictate their obedience. They had an “even though” attitude.

Oh how it would please the Lord if we would just take on an “even though” attitude about issues like our financial situation, a hard marriage, our wayward children, a health issue, or anything that causes us to look at the life we are experiencing now as how it will always be.

Help us Lord not to despise small beginnings. Help us to praise and worship you “even though”, so that we may see the good and perfect will you have for our lives and realize that there is a growth and maturity process tending sheep. 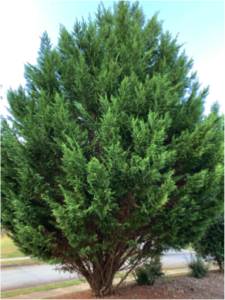 “Do not despise these small beginnings,

for the Lord rejoices to see the work begin,

to see the plumb line in Zerubbabel’s hand.”