The Importance Of Scars by Annette Burrell 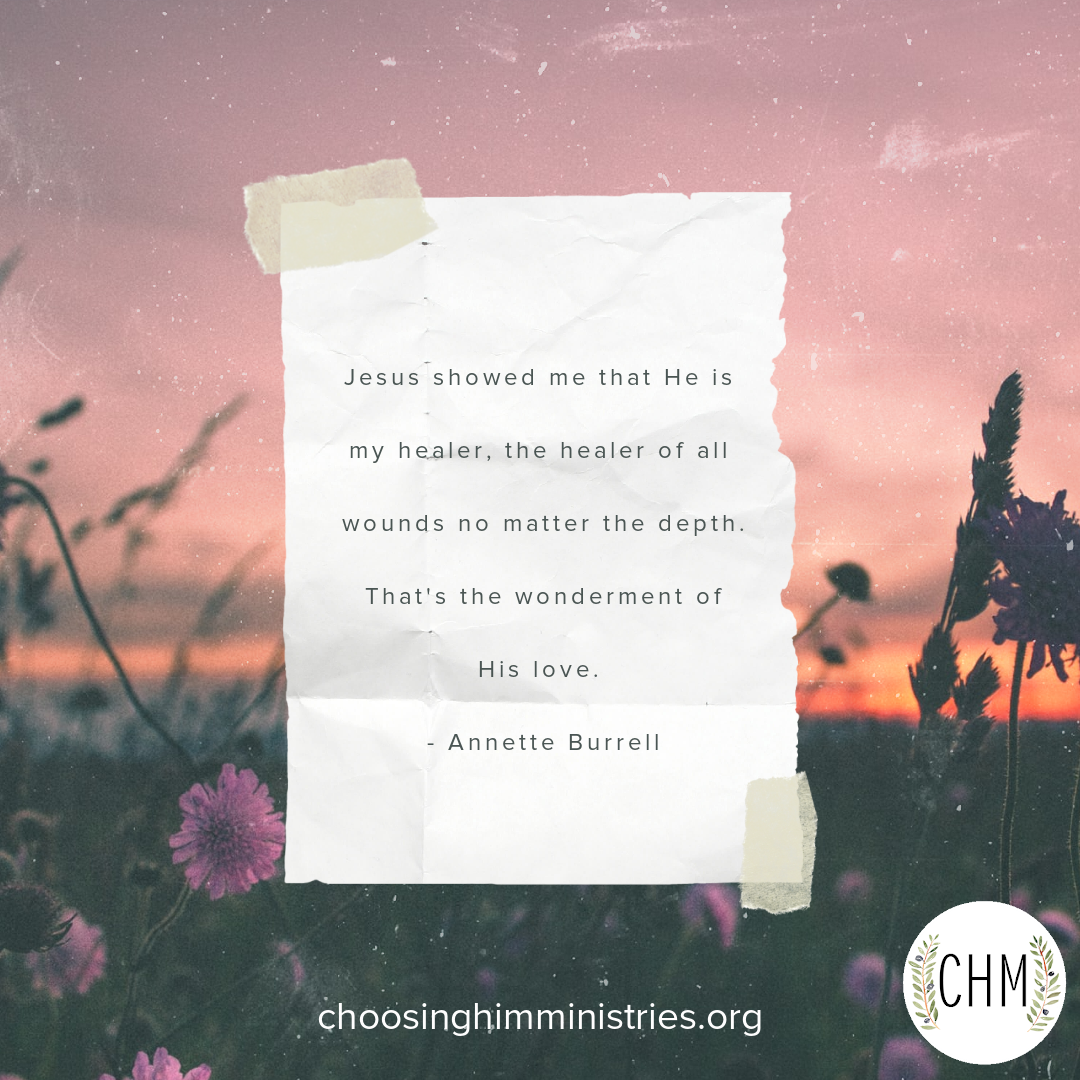 Wounds. They come in different forms; seen and unseen, deep and wide, inside and out, physical and emotional. Physical wounds have a way of healing themselves. It’s how God designed us.

I have two scars on my body that remind me of past wounds. The first scar is on the inside of my right knee. The pain from that moment is long gone, and the scar has faded, but the memory is still there.

The second scar was brought on while my mom and dad were shopping and us kids were wasting time running up and down the aisles of a large store. As a result, my right thigh was cut on a jagged piece of aluminum. In the pharmacy they treated me like royalty and fixed me right up, but the 3-inch cut (I just measured it) took forever to heal. The scar is still there to ensure I never forget about it.

Even deeper are the scars from the emotional wounds that seem to never heal. One such wound for me was during and after my divorce in 1993. The pain was self-inflicted, which brough about guilt and shame that no one could free me from. I watched my daughter’s heart break and ignored Godly counsel as I watched Satan tear my family apart. I had taken my eyes off Jesus, and it took little time to get pounced on.

Jesus never sinned, but He was wounded both physically and emotionally as He carried the weight of our sin to the cross.

1 Peter 2:24 (NIV) says, “He himself bore our sins in his body on the cross, so that we might die to sins and live for righteousness; by his wounds you have been healed.” 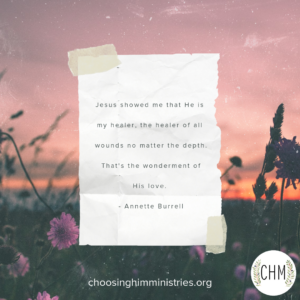 Jesus was wounded physically by suffering tremendous beating and flogging. He was beaten so badly He was unrecognizable. He then had to carry the cross that He would be crucified on to Golgotha. He was stripped of His clothing, then mocked and ridiculed while His mother watched.

He was wounded emotionally by humiliation of a sinner’s death, by the betrayal of His closest circle and by separation from God that He would suffer as He took on the sins of the world to save us all.

What He went through was no accident. He took on the pain because He loved us. That’s how much He loved us. John 3:16 (NIV) says, “For God so loved the world that he gave his one and only Son, that whoever believes in him shall not perish but have eternal life.”

He took His wounds to the tomb and rose with the marks on His hands as a reminder of His suffering and proof to doubters that He did rise from the dead as prophesied. It is a powerful thing that He took the weight of the sins of the entire world in His body on the cross. And He did that so we might die to our sins and then live for righteousness.  Once I understood that and acknowledged my sin, He freed me from the guilt and shame I once felt.

Jesus showed me that He is my healer, the healer of all wounds no matter the depth. That’s the wonderment of His love. That’s the power of the cross. And all we need to do is believe in Him.

Luke 23:41-42 (NASB) says, “And we indeed are suffering justly, for we are receiving what we deserve for our deeds; but this man has done nothing wrong. And he was saying, ‘Jesus, remember me when You come in Your kingdom!’ And He said to him, ‘Truly I say to you, today you shall be with Me in Paradise.’”

The thief on the cross recognized his sin and he found forgiveness much the same way I did. Jesus already bore my sins on the cross. I just had to recognize it and acknowledge it to Him.

How about you? Are you carrying guilt and shame? Are you wounded physically, emotionally, or both?  Is pain defining your life right now? Jesus is the answer. Only He can free us from the wounds that the enemy wants us to continue to carry. I want to encourage you today to step out in faith, ask Jesus to take your wounds, to heal them and then allow others to see the scars that healed to bring you glory. Ask Him to free you from the pain and allow Him to give you the hope that is promised to you.

Understanding And Trust Do Not Go Hand In Hand With God by Tecia Janes
April 9, 2021