Do you Call Upon the Lord? by Kristie Washington 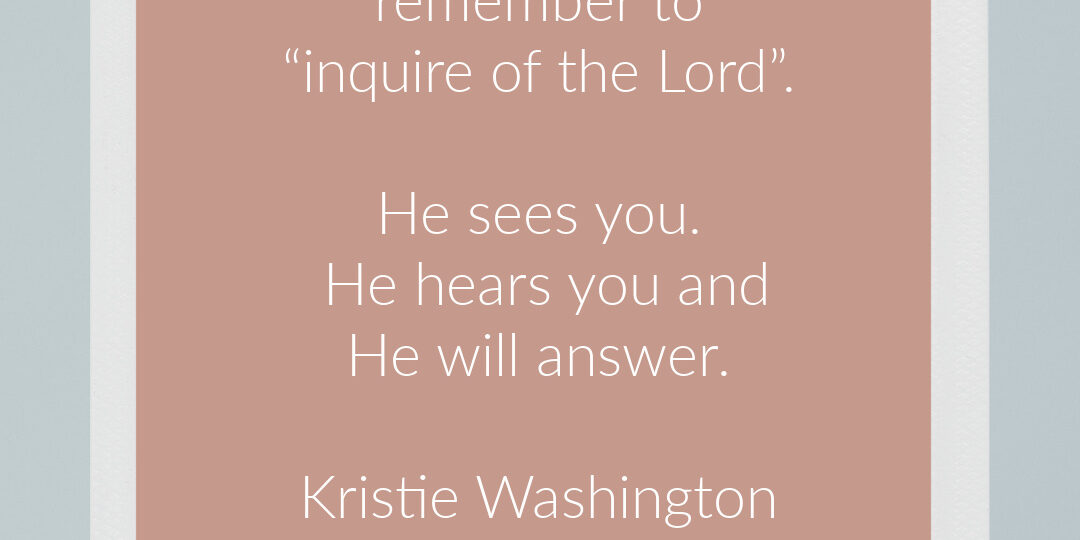 “The men of Israel sampled their provisions, but did not inquire of the Lord.” Joshua 9:14 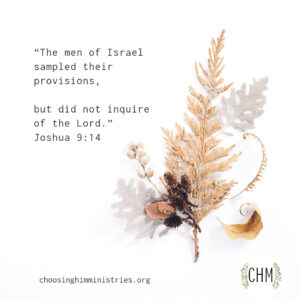 How many times have we tasted what the world has to offer and yet never asked the Lord if we should? For me personally, this can come and has come in many forms……when I was younger it looked like “should I date this guy or not?” and yet I never asked the Lord. He was just cute! It could also be praying over a move, a job, where to send my children to school, or a financial decision I need to make. Many times I poll my friends, family, maybe a pastor or other professional, and I never have asked the Lord. Then there are times I may ask but don’t wait for His answer. I go to people because many times they will give me the answer I want and will do so in an instant.  For me, not talking to the Lord first and then taking the time to listen has not worked well. I think the same goes for the Israelites.The Israelites got themselves in a mess because they never asked the Lord for His word on the matter. The Gibeonites came deceitfully to the Israelites because they had heard of what they had done to other kings in the land and they were afraid, so they lied. 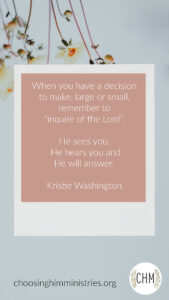 The moment the Gibeonites presented themselves to the Israelites, shrouded in deceit, the leaders had a choice. They could believe what they saw with their eyes, the provisions they sampled of moldy, dry bread and cracked, dry wineskins, or they could ask the Lord if what they were seeing with their physical eyes was actually true. This is the problem we still face today. We have situations/circumstances and even people standing in front of us that potentially block God’s promises to us. We do not even ask the Lord if what we see in “the natural” matches His word. Do the circumstances I see match what God has asked of me or what He has promised He would do for me? How many times do I find myself faced with a situation, and I react based on what I feel or what “seems” right in the natural realm of things?   Often, I never stop and take a moment to say “Lord, what do you say in this situation? What is your final word on what I should do? What do you see, Lord?”

The Israelites did not ask the Lord what they should do; they believed the lie of the Gibeonites and entered into an oath with them that they could not break. They ended up not being able to fully do what God had asked of them because they left Him out of the equation. If they would’ve only asked the Lord, I believe He would’ve revealed the deceit in the hearts of the Gibeonites and would’ve saved the Israelites from making a decision that was not part of God’s plan for them. They would’ve made a wiser decision.

When you have a decision to make, large or small, remember to “inquire of the Lord”. He sees you. He hears you and He will answer.

Two sides of the same coin by Elizabeth Melville
January 17, 2023